I love vintage.  You all know that.  I often find myself wishing I had my own Vintage Mafia like Fleur (check it out: http://www.thevintagemafia.com/meet-the-mafia/).  Missy (http://www.technicolorcutie.com/) has her own Vintage Mafia called the Bon Vivant Vintage Ladies.  And Miss Dollie from http://www.therockabillysocialite.com/ has a group called the Honeybees.  These are groups made up of fellow vintage loving ladies who get together to lunch, craft, sew, or just drink gin and tonics.  I would love to start my own!  Any Minneapolis vintage loving ladies up for starting our own vintage mafia? 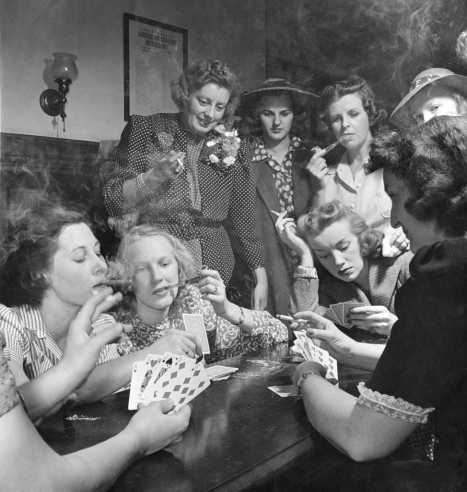 Until the most wonderful day of the year.

Many of you read the blog I co-authored with my cousin last year – “Frightfully Delightful” – that blog won’t be happening this year but I do plan on doing some Halloween/fall posts here on PinUp at Heart.  Speaking of which what do you guys want to see?  Recipes, make up tutorials, costume ideas, party ideas?  Talk to me friends.

I won’t be revealing my costume until 10/26, the day of my party, but I’ll drop a few hints here and there as we go along.  Happy Haunting!

Picking up where we left off…. so Lucas and I went to see World War Z with Julie.  It wasn’t bad! It was action packed.  I much prefer slow moving zombies however.  The zombies in WWZ are stupid fast!  I would get exhausted running from those things.   The movie is pretty intense – Julie screamed once.  🙂  Have any of you seen it?  Did anyone go to movies this weekend?  Seems like a popular weekend to see movies.

We also watched a couple of Netflix DVD’s – one was The Hobbit – as you would expect it was basically Lord of the Rings.  And Beautiful Creatures – I really liked that movie!  It’s Twilight but better (even Lucas really liked it) – my friend Michelle informed me that it is a book series so after I finish my Sookie Stackhouse series I’m going to get those.  They are called the Caster Chronicles and Beautiful Creatures is the first one.

Sunday we went out to dinner to celebrate Lucas’ grandparents’ 80th birthdays (May for Grandpa and June for Grandma) and their 60th wedding anniversary (also in June).  The entire family gathered at Jax in NE Minneapolis. We took over one of their rooms and toasted to Grandma and Grandpa. They are just the sweetest people I know and I’m so lucky to be in their family.  I wore my relatively new PinUp Girl Clothing dress.  I had my hair in rollers for over 24 hours but the damn humidity still got me.  Some of my curls fell flat so I pinned it up and wore a flower in my hair.

What did everyone do this long weekend?  Did you lose track of what day it was like we did?  That must be what it’s like to be retired.  🙂

I hope you all had a relaxing 4th of July with your friends and family.  And I hope most of you are lucky like me and have today off too!

Lucas and I spent a portion of the afternoon with his family on Lake Minnetonka.  We both looked very patriotic in our duds – I’m sporting the Heidi dress from PinUp Girl Clothing in royal blue with a red hair flower and red wedges.  Lucas is sporting a vintage find – a red white and blue Hawaiian shirt – it doesn’t have your usual flower print though.  It actually has small boats on it and names of ports in Hawaii.  Very unique.

Today we are going to see World War Z and having dinner on the deck with our dear friend Julie.  I’ll give you a movie review later!

Ok friends… as you know I had originally planned a Murder Mystery Party for June – well that got postponed for a variety of reasons – we have no furniture in the living room, there were multiple other events going on at the same time (that various people including us wanted to also attend) and the weather had just been weird this spring/summer – and looking back the day of our planned Murder Mystery Party was actually the day after and day of back to back wind/rain storms that had knocked down trees and power to many.   And it was about 90 degrees with 150% humidity. So looking back it’s probably better we postponed it.  Ok, stick with me here – I decided to reschedule for early September…. but then I got thinking “September is awfully close to Halloween..”  I don’t want to have back to back parties not only due to my own pocketbook but that of my friends’ as well.

So my friends (most specifically those that attend my parties) – what do you think?  Right now I’m leaning toward scrapping the Murder Mystery Party until next Spring/Summer and doing the Halloween party.  Ya’ll know Halloween is my THING.   So if I go with a Halloween party then my next conundrum is small party or bigger party?  Last year I had a small (9 people) sit down dinner party.  It was so much fun.  It was great to be able to sit down and actually have conversations with everyone (rather than running around like a mad woman) and it was much easier to organize and play actual games (and everyone had a great time!).  But the problem with the smaller party is the guest list – it’s really hard narrowing it down!   The reason I leaned toward the smaller Halloween party is in Halloweens past we haven’t always had a great turn out – people said they were coming and then when it comes down to it they didn’t… that doesn’t work with the Murder Mystery Party – people have assigned parts so I think (barring illness or family emergencies) they feel more obligated to show up.